It’s clear that the politics of austerity and the multitude of austerity related issues is the dominant political context right now. Further developments over the past couple of weeks have involved an old Tory Prime Minister, the current Tory Prime Minister, a waitress, some students and some activists in V for Vendetta/Guy Fawkes masks. The work of Naomi Klein and her book/film on disaster capitalism, The Shock Doctrine, seems increasingly relevant.

First of all, students in Manchester (and since then, students from many other universities) have complained that the academic discipline of Economics is stuck in its pre-crash mind-set. Rather than update economic thinking they argue that the academics do nothing but repeat ideas that have been proved to be false and they do not encourage debate, discussion or free-thinking. It’s almost as if these academics were in the pay of banking institutions or neo-liberal lobby groups! One of the theories not taught on some economics degree courses apparently, is Marxist economic theory.

Another group of agitators, Occupy, have bought $15m of US personal debt (largely healthcare debt) for $400,000 and have written it off. People have been freed from crippling debt bills for a fraction of the cost to the individuals themselves. Read the story and the analysis here. 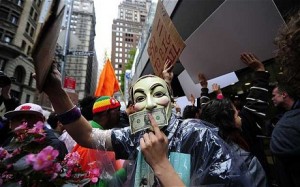 Another revolutionary (almost) act came from a less expected source. The former Conservative Prime Minister, John Major, said he was shocked at the stalling of social mobility in the UK and the fact that the political class was dominated by an affluent public school educated elite. David Cameron agreed – although he seems to think it’s because the lower-orders have low aspirations rather than any other social-economic reason.

He also apparently saw no conflict between these comments on social mobility and those made several days earlier during this speech (be sure to watch the video) at a banquet held in London. A waitress at the Lord Mayor’s banquet had this to say. 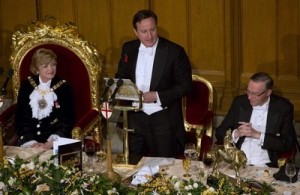 This acknowledgement that austerity is not just an attempt to deal with post-crash economic problems but an ideological position - quite different to what was claimed as the Coalition was formed in 2010. If you want to check out what Cameron and other Conservative politicians had to say before May 2010, that’s just become a lot harder though as the party have deleted the archived speeches from their website.

According to The Guardian,

‘ the party has also blocked access to the Internet Archive’s Wayback Machine, a US-based library that captures webpages for future generations, using a software robot that directs search engines not to access the pages.’

This purge has also included the removal of YouTube videos. Make of that what you will. 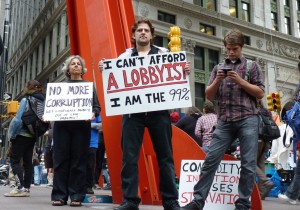 One thought on “Austerity Politics – it just won’t go away”