Click on the links below, read the articles, do some more research, make up your own mind.

Over the last few months there has been a subtle change in the discourse regarding austerity politics. Social mobility, the gap between rich and poor, youth unemployment and other related ideas are in the news daily. This change might not be very noticeable in the right-wing tabloid media’s continued demonisation of ‘welfare culture’ or, more accurately, the poor – but in more analytical circles these issues are hot-topics. More centralised and left of centre commentators and analysts have been pointing out the elite nature of the political class and the disproportionate impact the current economic recession is having on the most vulnerable groups in society. After 30 years of politicians telling us we live in a classless society it has become very clear that our society is divided and our culture is not as egalitarian as we’d like to think. 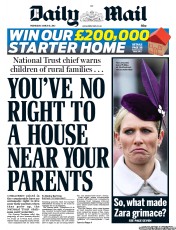 The rise in the number of food banks, the enforced relocation of impoverished people (including families) and the treatment of the disabled by ATOS are difficult to ignore and are part of the news agenda. In addition, ‘the bedroom tax’, zero hour contracts, low pay culture and an ‘economic recovery’ that will (like the recession) mean more wealth for the wealthy (and no real change for the rest of us) are now being included in the debates. It is clear that political debate is often ideologically stuck in a Victorian model in terms of attitudes to work, labour and pay. It has not yet responded to the dramatic changes caused by globalisation and technology – unless we count politicians’ urge for us all to be ‘competitive’ in the ‘global race’ as taking these issues on board. Sadly there seems to be no real clarity as to what this means apart from accepting lower salaries and more precarious work –  ironically creating a low-pay culture where people cannot pay their own way and so more hardworking people find themselves dependent on the state. 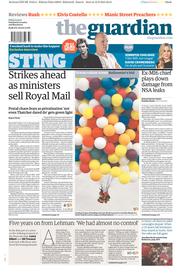 What is consistent across the political divide is that it is low wages for the majority and increasingly high wages for the elite (and apparently there is no alternative). Lots of myths abound about hardworking people being able to work their way out of poverty and getting appropriate rewards, but selling off the Royal Mail at a bargain price, putting education in the hands of businesses and religious organisations, the quiet privatisation of the NHS  and the military is transforming the country and tells a different story. 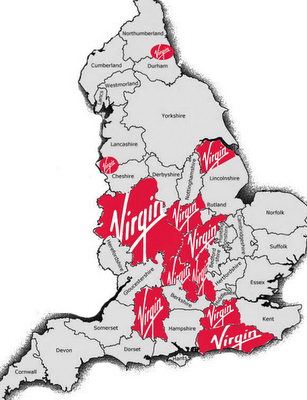 The super-wealthy don’t need to worry about any of this. The idea of a social contract is unnecessary when you are in the upper echelons of (global) society and have no stake in any specific local, regional or national community. The super-wealthy don’t use or need any social infrastructure or services. As global citizens they have less of a reason to contribute to the societies they profit from as they don’t have to live in them. In the meantime massive numbers of people apply for small numbers of non-jobs, and find it harder and harder to pay their way. Just this week (Oct 2013) the Social Mobility Commission identified that:

In today’s economy, the cost of living is not the cost of a meal at a gastro-pub, a new outfit at TopShop, a trip to the cinema or a new TV. The price of these optional expenses has dropped in real terms in the past 30 years. The cost of living is the cost of rent, the cost of energy, the cost of petrol, the cost of rates and council tax, the cost of medicine…. The cost of living is not optional and these compulsory costs have risen enormously over the past 30 years whilst wages have not. People find they can’t keep up – especially when the minimum wage is worth 10% less today in real terms compared to 2004 - and (assuming your parents are not part of the elite) should you want to maximise your chance of success by becoming more educated and more skilled, welcome to indebtedness as a university education, something that was once free (and paid a grant for living expenses), now means you start your working life at least £27K in debt. This is the cost of the hope of some social mobility and financial stability but graduate unemployment is rising and there are less (full time, living wage paying) jobs to go round.

The current crisis is causing some people to think quite creatively in terms of what might be an alternative and some interesting and at times revolutionary ideas are starting to be discussed more – for example:

People are differentiating between the minimum wage and the concept of a living wage (one that pays enough to allow a person to live independently). ‘A fair day’s work for a fair day’s pay’ seems to be quite a revolutionary thought – of course it could mean that some businesses may see a reduction in profits. The in-work benefit bill would be cut though and with less people on the poverty-line they might spend more and help increase profit margins. It’s also possible that a workforce that feels less demeaned may also become more effective/efficient too.

Jaron Lanier’s book (Who Owns the Future), on the broad impact of ‘free-culture’ online, seems to have been quite influential as I’ve seen it referred to several times. It identifies a need to look for alternatives to the current attitudes to work and economics. If more ‘jobs’ are being done for free and millions of people are out of work, perhaps the factory model of being gainfully employed for 40(+) hours per week needs to be considered as an outmoded concept. We live in a post-industrial culture that retains attitudes from the industrial era when it comes to work and education. The social and business models that dominate now do not fit in with the traditional ways of organising a workforce but people are still ostracised if they find themselves out of work and needing help. The political economic structure does not allow for full employment and technological changes are making the notion of us all being meaningfully employed and rewarded for our labours less and less likely.

The idea of a Citizen Salary (Universal Basic Income) is being discussed in some places. This idea has been offered up for a national vote as a potential approach to social economics in the participatory democracy of Switzerland. The idea that everyone has a guaranteed minimum income is often criticised as it is assumed everyone will just become lazy and do nothing. Some people might make that choice but the main benefits are argued to be a level of freedom for people that could encourage entrepreneurialism and allow levels of creativity in people’s work and life choices whilst ensuring all citizens have a basic standard of living. Work would still offer a salary so those who want more than a basic living would need to work but the pressure to work full-time and the possibilities for exploitation would be reduced and this could lead to a more equitable distribution of work and, therefore, access to a better standard of living for all.

It will be interesting to see if any of these alternative ways of thinking impact on the plans politicians will start putting forward as they gear up for the general election in 2015!

Click on the links above, read the articles, do some more research, make up your own mind.

One thought on “Catching Up 4: The Context of Austerity Politics”