Seeing as the predicted apocalypse didn’t happen in 2012 after all, it would have been nice to have begun 2013 in a cool, calm and collected way. Instead, elements of the British media began the New Year with a number of shocks, scares, outrages and offences. From horse meat in burgers to sexism on the internet, anyone who keeps up with the daily news cycle would be forgiven for thinking that contemporary life involves moving between one moral outrage and the next.

The Daily Mail declared class war on Jack Whitehall after he cracked some pretty juvenile gags about the monarchy on a C4 late night panel quiz show (The Big Fat Quiz of the Year). The fact that audiences may be expecting tasteless jokes about authority figures when they tune into a C4 late night panel quiz show hosted by Jimmy Carr seems to have escaped The Daily Mail. The other panelists were as guilty as Whitehall arguably, some more so, for lowering the tone and getting laughs based on less than subtle innuendo. The newspaper was determined to raise public tempers with what seemed to be more a personal attack than anything else – Jonathan Ross received a sideswipe criticism for egging Whitehall on whereas (the less high profile but wonderful) Richard Ayoade deserved barely a mention for some of his comments. However, even the fact that Whitehall had made a pretty off-colour joke about the Queen failed to incense the paper’s readership so his wealthy and connected family and his private education was used in an attempt to utilise the politics of envy. Interestingly the readers seemed less than outraged and whether they were still full of Christmas spirit or really didn’t care that much, The Daily Mail itself may have been outraged but barely anyone else joined them.

Outrage B and C

Katherine Bigelow’s film Zero Dark Thirty has generated some heated debate as has Tarantino’s Django Unchained. Zero Dark Thirty is accused of condoning torture and Django Unchained in simplifying and depoliticising the history of slavery and even racism. Having seen neither film yet I will wait before commenting but the anger and outrage have been part of the marketing of both films and, indeed, the Oscar campaign for Zero Dark Thirty. More on this at a later date, no doubt.

Internet bullying is another hot topic at the moment with several high profile and pretty disturbing cases having come to light recently. Anita Sarkeesian, who went on Kickstarter to raise funds for research into gender representations in commuter gaming found herself under attack receiving racist abuse and threats of sexual violence. In the last few years Facebook, Twitter and other social networking sites have provided new outlets for anti-social behaviour and it has been noted that the aggressive nature of some forum discussions/chat rooms has been seen to alienate less aggressive commentators, particularly women. A number of high profile women have been targeted on Twitter with several being so inundated with negative comments that they have closed their accounts. One recipient of a huge volume of abuse was the journalist Suzanne Moore whose comments about the way a specific aesthetic of femininity put pressure on other females to look good was interpreted as being an attack on the transgendered community. Moore’s response is here.  In an attempt to support her colleague, Julie Birchill wrote an article condemning Internet bullying in The Observer. Birchill’s tone and choice of language further angered people as she littered her article with derogatory terms and reduced her argument to name calling. An apology from the reader’s editor of The Observer followed calls for Ms Birchall’s ‘sacking’ (including one from the International Development Minister Lynne Featherstone) and the original article was removed from the web-site. There is more than just a little irony in the fact that an attempt to challenge Internet bullying created broader and bigger outrage as it stooped to bullying itself.

Women are often told to ignore any verbal sexism that they may encounter in their day to day lives as it is seen to ‘feed the dragon’. The problem is though, ignoring it allows it to continue unchallenged. Professor Mary Beard did not stay silent after her appearance on Question Time generated cruel and misogynistic responses. She has been criticised before for not being ‘attractive’ enough to appear on television but she appears to be thick skinned and confident enough to ride the storm of the Internet hatred that being intelligent but not young and conventionally attractive attracts. She does however identify that the current culture is likely to discourage women from speaking out or appearing in the media. 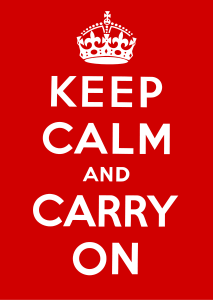 Ordinary people have a voice on the Internet. We can create blogs, comment on news stories and publicise our every thought and deed through social networks. Many people have lives that have all the external indicators of a celebrity lifestyle as our private lives are perceived as public property. If things go wrong – if Internet bullying kicks in, if data is stolen or information used against us, if lies are spread or private images circulated against our will, there is little we can do. We don’t have access to the power structures in the way that high profile celebrities have and so, often, we cannot fight back. I hope that Mary Beard, Anita Sarkeesian and others like them continue to act against the Internet bully and some empathy and consideration can be introduced into public life. The way the Internet amplifies these negative communication tropes and focuses in on them is one that should be discussed – often and hopefully in a logical, reasoned way rather than in the terms of emotion and personal anger that seems to dominate today. The Internet has given an outlet for opinions of all sorts but debates are so often focused on silencing someone else’s point of view. Leveson called on-line culture ‘the wild west’. Hopefully this doesn’t mean we have to accept the increasing dominance of irrational debate and discussion. It would be too depressing to think that our culture will continue to be buffeted from one twitter generated outrage to another.  Many of these outrages are of no importance whatsoever. Some of them, however, raise issues that have a real impact on people’s lives. The inevitability of outrage in today’s culture threatens to blind us to the difference and may well be distracting us from national and global events that should create outrage. As Kony 2012 proved, outrage quickly turns to apathy when a video has been shared, ‘like’ has been clicked and we move on to the next story.