As ever, the latest edition of Media Magazine has a plethora of useful articles – especially as Media Students are having to deal with the fact that the exams are getting very close now. With that in mind, I’ve offered some advice on how to approach constructing a case-study and there are (I hope) some very practical tips offered in the article. 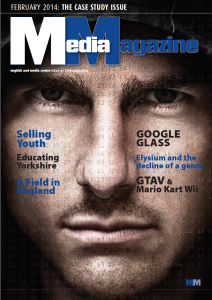 The magazine offers lots of different approaches to the ‘case study’ theme – covering a wide range of media products, issues and debates.

The magazine is available by subscription here. 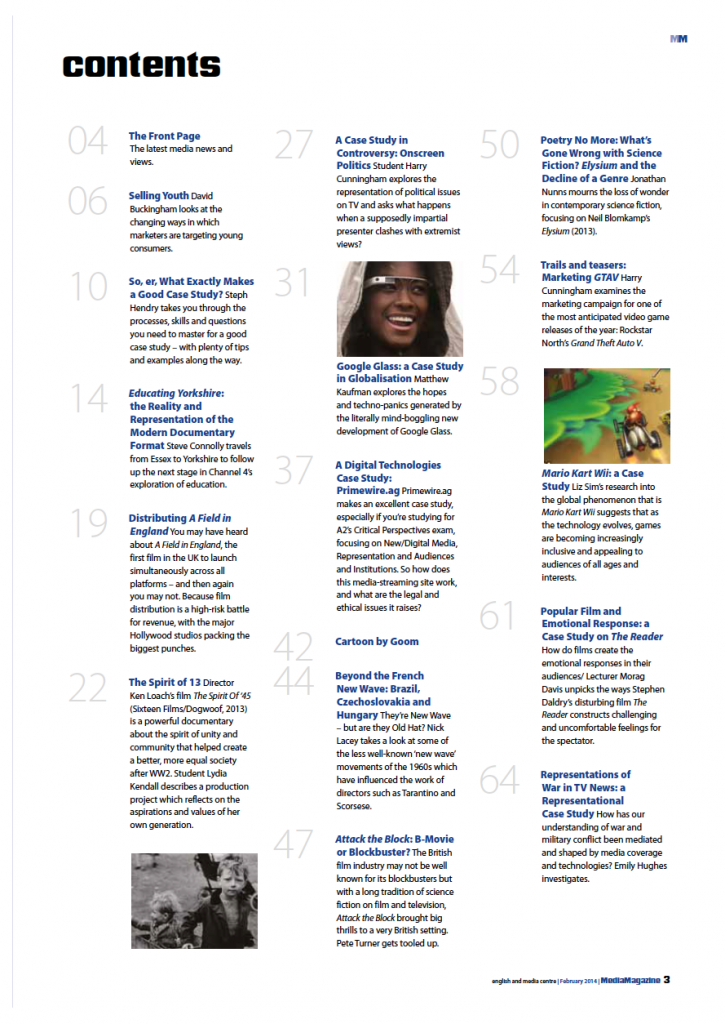 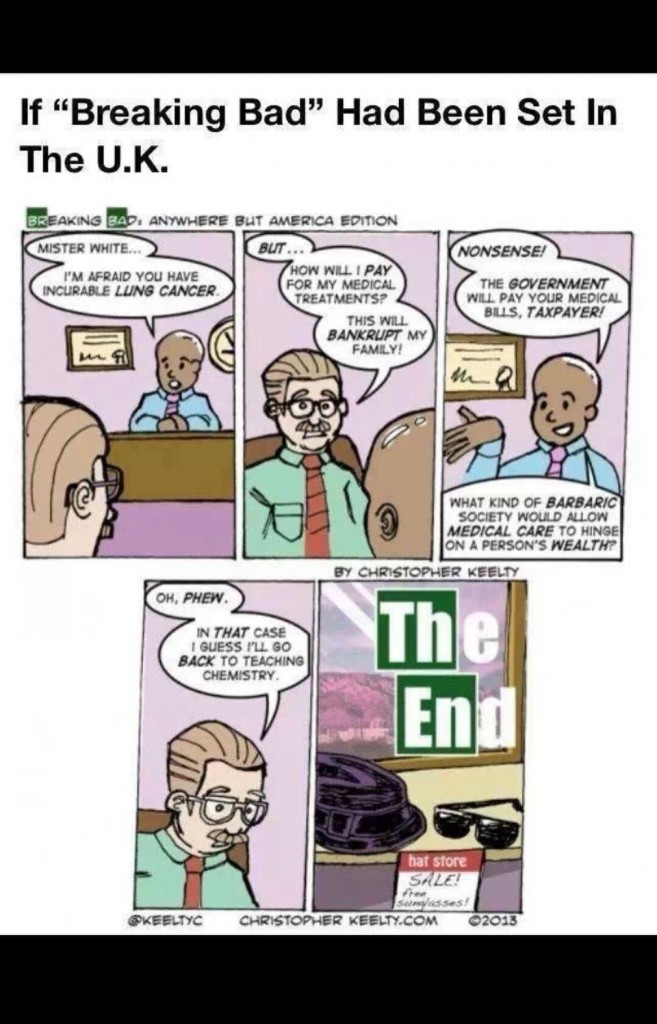 Print based political advertising has a long and interesting history. TV campaigns seem to be soon forgotten whereas a few key print campaigns stay with us in the cultural memory. The Tories used advertising agency Saatchi and Saatchi to create successful campaigns that persuaded enough people to vote Conservative to keep the party in power throughout the 1980s and put them back in power at the last election. The power of the poster is that it presents its message in a short and powerful way – as identified here:

Successful advertising campaign needs to Attract Attention, Spark an Interest, Create Desire, and Prompt an Action (AIDA). Of course, being memorable does’t always mean an advert is a success… some adverts are remembered because they are so bad and they have the opposite effect to the one intended.

Some memorable poster campaigns include: 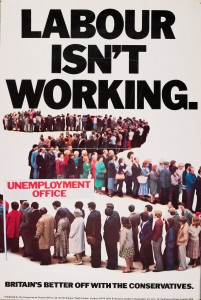 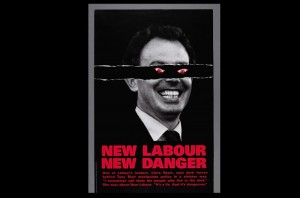 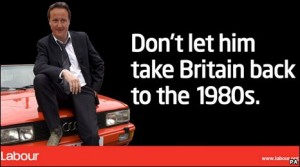 This last one – an attempt by the Labour party to discredit Cameron’s Tories was swiftly responded to by the Conservatives themselves. 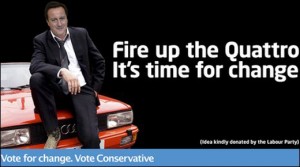 With access to photoshop and the internet it’s not just political parties that can respond quickly by doctoring adverts for effect. The general public get in on the act too. In fact, a google search for political advertising poses a problem for the researcher – it’s often difficult to tell which posters are real and which ones are photoshop parodies – this one is pretty clear though.

It was so much simpler when political comment came with a spray can! 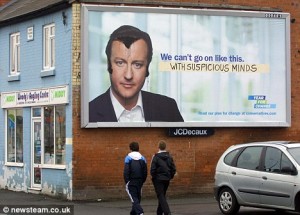 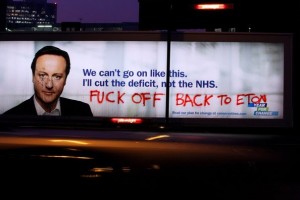 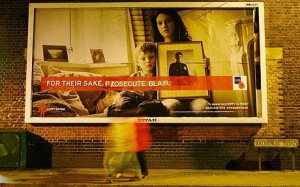 The latest political marketing ‘own goal’ can be seen reverberating on Twitter at the moment. After the budget, some bright spark (Grant Shapps, the chairman of the Conservative party) thought this was a good idea: 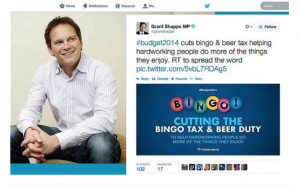 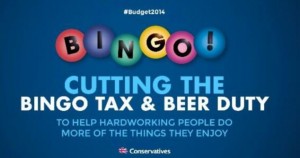 It’s good to see The Sun got the memo! 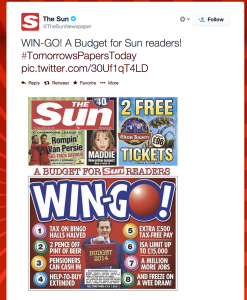 Others, however, picked up on the patronising tone and use of reductive class stereotypes and some got busy with photoshop: 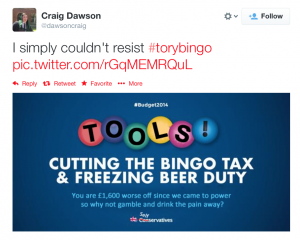 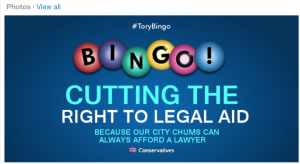 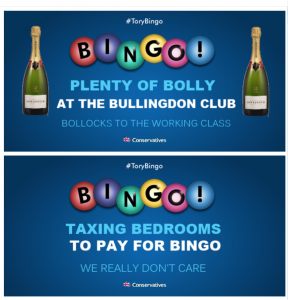 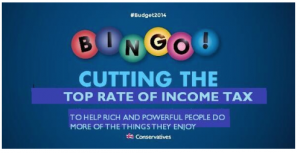 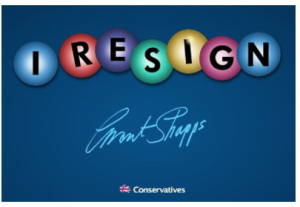 The swift moving nature of Twitter means that not only is it cheaper and quicker to get your advertising message out there, it also allows cheap and speedy critical responses to follow. After Cameron’s recent errors of judgement on Twitter – with his mobile phone for example, Osborne’s burger and most things Nadine Dorries says, you would think that politicians would take a bit of time and think carefully about the tone of their marketing material – unless they think most people are dim-witted bingo playing beer drinkers who could easily be distracted from youth unemployment, the rise in the need for food banks, growing inequality, privatisation of public services for private business gain for example. Surely not!

Bread and Circuses for the Romans, Beer and Bingo for us…