I have never been convinced by arguments about media pluralism. The argument goes that institutions offer a range of points of views, opinions and ideological perspectives and this allows audiences to select the ideas and values that suit them. Therefore, the media cannot be held responsible for helping to construct or reinforce any specific ideas or values. BBC news has to present ‘both sides of the story’ to fulfil their remit of providing balanced representations of ideas and should then be at the heart of a pluralistic media. Keeping things simple, BBC news needs to provide right and left wing perspectives on any issue or story that is divided along party political or ideological lines. More partisan positions are taken by newspapers who do not have to provide balanced reporting and so newspapers present information and editorial comment in line with the political/ideological stance of their parent company or proprietor. Consequently, although different newspapers may align themselves to different political parties, all newspapers tend to support the interests of big business (as they are big businesses) and the fundamentals of capitalist and consumerist values.

Listening to or watching BBC news quickly shows that the BBC is not a balanced institution but is a mouthpiece for the establishment and for the dominant cultural values of the day. It is interesting that right wing thinkers see the BBC as left wing and left wing thinkers see it as favouring the right. This indicates how British culture is dominated by beliefs and idea that hail from both sides of the political divide – we are a capitalist culture that has internalised neoliberal economics and the ‘rightful dominance’ of the market but we also believe in social justice perhaps highlighted by our support (in theory if not always in practice) of the NHS – an organisation born out of a socialist ideal.

Today is BBC radio’s flagship programme and often the interviews and features it broadcasts in the morning become the political agenda of the day with the comments made in interviews and discussions often becoming the soundbites that inform further debate and discussion in broadcast news and in newspapers. The interview technique to assist with this balance and used by the lead reporter John Humphrys and Evan Davis is to take an aggressive oppositional stance to any speaker regardless of their political persuasion. The reporter will argue the opposite point of view ostensibly to ensure the listeners have access to both sides of the story. However, rather than further the debate, these exchanges often get reduced to baiting on behalf of the interviewer who is seeking a controversial comment or a quotable sound bite. 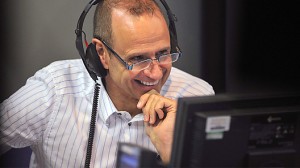 Politicians/speakers consequently are taught to dodge questions, repeat the ‘party line’ and avoid anything that could be interpreted as controversial in any way. Instead of illustrating two (or more) alternative viewpoints, the interview technique used on the programme (and on other BBC news programmes too) is to create a cat-and-mouse situation where interviewers are attempting to goad speakers into saying something that can be used against them in some why whilst speakers try to avoid the verbal traps being set. Consequently interviews do little to explain issues or perspectives or further the debate. Instead they simply end up as a sparring match between two arms of the establishment. 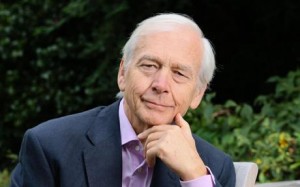 So, given that any given Today programme does little to offer alternative viewpoints to the Christian  (flagged up in the response to Tim Berners-Lee wanting to include an atheist ‘thought for the day’ when he edited the show) and capitalist dominant norms (identifiable in the focus this past week on the way UK businesses can make profits in what are being coined the MINT economies (the emerging and developing economies of Mexico, Indonesia, Nigeria and Turkey), giving PJ Harvey an opportunity to edit the show gave airtime to some of the ‘alternative’ views that the BBC is required to present. So, it is interesting to see the response from publications like the Daily Mail and The Telegraph even though both papers are keen to show that criticism has come from establishment figures in the BBC itself including the BBC’s political editor, Nick Robinson who tweeted his disdain. 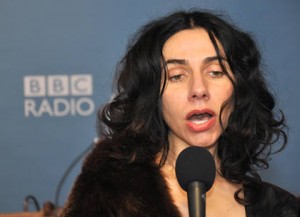 The newspapers’ responses and the fact that they ran with terms like ‘drivel’ and called the show the BBC’s ‘worst ever’ seems out of proportion. PJ herself was accused of being unpatriotic – but then this was the paper that claimed that Ralph Milliband ‘hated Britain’ because he held different political beliefs to the editorial stance of The Daily Mail. This raises the question as to why certain subjects are deemed to be ‘inappropriate’ (according to these commentators) for discussion within a news programme. Harvey’s programme discussed the role of the Royal Family in UK arms trading and gave Julian Assange a forum to air his views – views which do not get much airtime in the mainstream media.  Ironically the documentary maker John Pilger was given an opportunity to discuss the way the media can be used as a control mechanism – given the way it can close down debate and set the news agenda. An irony missed by the tabloid press it seems. 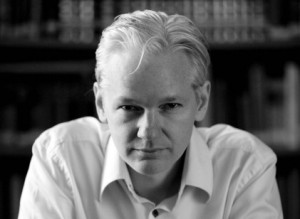 Previous guest editors of Today have included the CEO of Barclays, the former head of MI5 as well as Tim Berners-Lee and Michael Palin – all holding a range of views and political views.